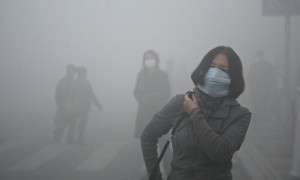 The current smog crises in China has resulted in unprecedented sales of face masks and air purifiers.

Market research conducted by Daxue Consulting revealed air purifier sales reached 3.5bn RMB (£293m) in 2013. According to the research, over 40% of these sales were documented during November and December when air pollution was recorded at its highest levels.

Face mask sales have risen to the extent that many stores have experienced stock outs during the worst smog periods.

Last week, Chinese premier Li Keqiang stated he was declaring war on pollution. Speaking at a news conference, Li Keqiang stated Beijing will keep growth strong enough to fulfil job creation but will not be solely focused on reaching the GDP growth target of 7.5 percent. Li said that he was more concerned about protecting the livelihood of the Chinese people.