A young child has died from the flu virus at a Dublin hospital.
The HSE has confirmed the child had been suffering from H1N1 flu virus, also known as swine flu.
It is believed the child had the same strain which was responsible for the 2009 outbreak.
The child is understood to have been from the west of Ireland, but had been transferred to Dublin for treatment. 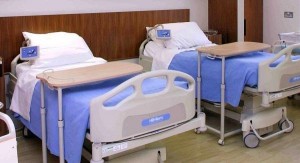 People in at-risk groups are once again being urged to get the flu vaccine in the wake of the incident.
10 people, including a young child, have died from the flu virus so far this season.
MENU